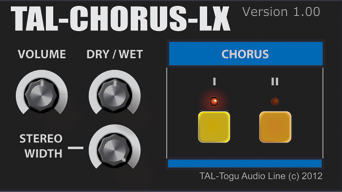 Made by an amazingly talented programmer Patrick Kunz, this plugin is absolutely essential, not only if you want that thick wide old school chorus sound, but also if you are interested in ironing out the rough edges, or generally bringing a sound back to life! I love the way it irons out the harsh edges of distortion, especially when i am making basses and end up really pushing the top end trying to get it sounding really gritty, then noticing its a little harsh to the ears, pretty much every time this chorus smooths, and widens the tops whilst adding movement. There is pretty much no element that this has failed on! Try it on a snare or kick for some fun, see what happens!

Get it here for FREE – http://tal-software.com/home 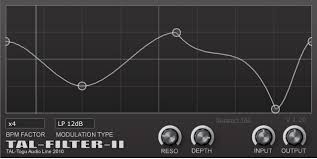 Boring I know, 2 TAL plugins in my current top 5, but it goes without saying there are reasons for this! No word of a lie I think this has been used in every project since i downloaded it for absolutely free, again! Can this guy do no wrong… I’m not sure if its the complete simplicity of the plugin or just the fact that it sounds so good, whilst its so easy to dial in! A few knobs and a line which corresponds to where the filter is applying its self to the original sound, push the input, especially on LP mode and start getting some pretty mad distortion, but generally draw in some chaos, get used to what this thing does and then start taking it as far as it can go! If you want to get things moving then both the Filter and the Chorus will take you there!

Again, get it here for FREE – http://tal-software.com/home

I guess on the surface an eq in the top 5 sounds pretty dull, but there are reasons for this being on my list, and to be honest this top 5 is turning into a list of a joint top selection that i just can’t choose between! This is another plug that as soon as i loaded it on my machine and realised the power of its musical EQing i was absolutely sold… or at least felt that my money was more than well spent, in fact I love this thing so much that i would kill to get my hands on the real thing, but yet for some reason the urge to kill is not that great as the software version constantly satisfies my need for musical EQing. The clue is in the name, a musical feel to the EQ is what gives it so much power to take some source material, for example a kick, a snare, a drum buss, pads, anything really, a re-sculpt the sound into something just altogether more professional sounding, whilst also doing the job that any EQ does of rebalancing frequencies to suit the users needs.

I’d buy it from Plugin Alliance – https://www.plugin-alliance.com/ but you can also purchase from UAD. 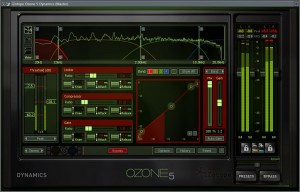 Yeah Ozone 5 not 6, just because the dynamics section does what i want it to do, or shall i say i just got used to the amazing power of the gating feature in version 5! I did speak with Izotope about why they removed the gating feature and replaced it with dynamic EQ, and there reasoning was good, based on the fact that it is a mastering tool, and i’d agree heavy gating is not really mastering practice but could be useful very occasionally. But still this feature when used on groups, busses, or single tracks, especially when cleaning up sounds that need some love, for example live drums can really enable you to start utilising the complete lack of space that we have become familiar with when producing drum and bass! Its a shame because for me alloy doesn’t quite do the job, and you have to load the whole alloy plug just for the multi band dynamics and gating, and i just think they nailed it in this particular unit! If it were up to me i’d be developing the power of this specific version more and releasing it as a standalone multi band dynamics gating unit with some other nifty features built in. I really think, just like the plug in question i’d use it almost on everything!

might be a struggle to find the backdated version but snoop around their site – https://www.izotope.com 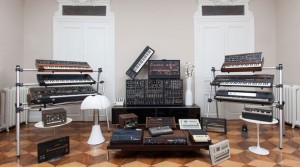 When i got this stuff i was quite simply blown away, not just by the incredible attempt to recreate some amazing analog synths but also the detail and scale of the thing plus the added bonus of the Analog Labs feature which gives you access to thousands of presets across all of the analog modelled synths in the range that they offer! A few months on and I have barely scratched the surface, i honestly feel this is going to take me years and years just to discover part of the power of this insane collection of warm, character filled synths! To choose one, the modular is so powerful and the option of using the old school styled original step sequencer to generate some unique retro patterns is a great technique to and option to work a little differently to how a DAW usually operates, how I would usually program midi. For what you get, i think the price is hugely reasonable, especially as the tones and harmonic content you achieve is worth the money alone.

Get to Arturia if you want to demo or these badboys! – http://www.arturia.com/

i’ve decided that this list is no longer in any particular order, they all deserve my top spot at the moment, it just depends what you are looking for!